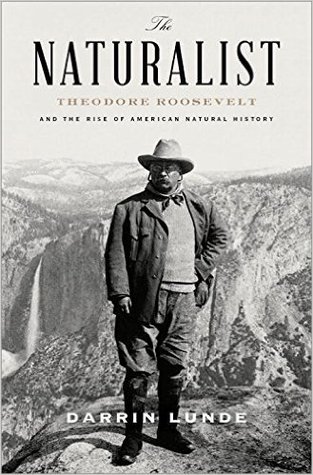 Roosevelt’s life as a naturalist began like many naturalists: with a carcass. Specifically, a seal carcass he discovered in a grocery on Broadway in New York. He was 8 years old.

Darrin Lunde’s The Naturalist: Theodore Roosevelt and the Triumph of American Natural History

covers our 26th President, Theodore Roosevelt, from the lens of an actual museum collector. What that is exactly is surprising to many modern-day conservationists. Science needed specimens; hunter-naturalist-collectors provided those specimens.

Antithesis to an Outdoorsman

As a youngster, Roosevelt was “sickly” and had poor eyesight. His chronic illnesses, worst of which was asthma, plagued young Teddy so his experiences with the outdoors were limited.

“Ironically, had he been healthy or grown up in the country instead of the heart of New York City, Roosevelt’s passion for nature might never have blossomed so extravagantly…”

When still a kid, Teddy was the eponymous founder of the Roosevelt Museum of Natural History.

He added specimens to his museum, including those he shot while on a family trip to Egypt. During that trip he performed all the tasks required of a taxidermist, including the use of arsenic.

Circumstances along with Theodore’s dedication to constantly reinvent himself kept him from being nothing more than a wealthy man’s son to eventually becoming the president and a leader in conservation.

Nature as Nurture – The Healing Power of Land

Tragedy struck Roosevelt when both his wife and mother died merely days apart. He took to the west and his ranch in the badlands in order to “get away from it all”. It was hunting and the wildlands that would mostly heal his broken spirit. Nature would guide him out of depression and lead him down a bizarre path to become president.

This was the same way he had pushed forward after the death of his father, unequivocally the most important person in his life.

Roosevelt Was an Ornithologist Too

Roosevelt was a world-class birder, using his gifted ear to make up for his poor eyesight. He not only shot mammals, but would hunt birds and scour through museum specimens.

“One morning he burst into a Cabinet meeting with startling news. ‘Gentlemen, do you know what has happened this morning?’ he squawked. Every man in the room feared national crisis, but, to their surprise, the president chirped, ‘I just saw a chestnut-sided warbler-and this only in February!'”

All Hunters Should Be Nature Lovers

Roosevelt believed “all hunters should be nature lovers”. It is sometimes viewed as a paradox today, that “taking” an animal, or for Teddy, many animals, is not an act of love of nature. Some of the animals Roosevelt hunted were in steep decline or rare, making hunting even less in tune with a perception of conservation. However, in Roosevelt’s mind, “fair” hunting meant knowing natural history, knowing the land and animals, and never slaughtering for the sake of the kill alone.

As Lunde chronicles, Roosevelt shot a lot of animals with this mindset; but it was his love of hunting that led to his love of conservation. The reason Roosevelt was our conservation president is because he wanted to be able to hunt large animals. And the best way to ensure that was to protect a lot of land.

Roosevelt founded the Boone and Crockett Club with George Bird Grinnell, a man who inspired Teddy’s philosophy that hunters make the best naturalists.

Modern-day conservation-hunter groups revolve around much of the same ideals as the Boone and Crockett Club: you conserve land and the animals that live on the land in order to have animals to hunt.

While The Naturalist is a wonderful account of Theodore Roosevelt as a hunter-naturalist, the scope of the book is limited. His work as a conservationist, especially the use of the Antiquities Act is not covered, nor is his adventure along the River of Doubt, a tributary of the Amazon. These, along with his camping trip with the legendary conservationist, John Muir, could have added additional interest. Roosevelt wasn’t only a naturalist; he was someone who acted on the tools, situations, and skills he had at his disposal.

Roosevelt’s South America trip is covered in great detail by the wonderful book, River of Doubt by Candice Millard.

Overall, The Naturalist is a fun and enlightening read. Some of the detailed parts on his hunts, especially in Africa, might not be for everyone. But Lunde shows how it was back when museums wanted collections and the only way to do so was by hunting.

Good companions to this book are the aforementioned The River of Doubt: Theodore Roosevelt’s Darkest Journey